“Please Come to the Show has been staged with a simplicity that is, in the main, both effective and elegant.” – Mark Sladen, Kunstkritikk

This exhibition brings together a large and eclectic sample of innovative printed invitations, small posters and flyers from ca. 1960 to the present from the MoMA Library, New York. The selection traces ways in which artists, designers, and galleries have used invitation cards and other printed announcements as a part of the staging of conceptual works, installations, performances, and other time-based events and screenings. More…

To mark the end of the exhibition, Berlin-based collective BAR VULKAN launched a bottle on the Liverpool waterfront, and launched the book accompanying the exhibition – edited by David Senior and published by Occasional Papers – at the ICA, London.

With the support of Museum of Modern Art Library, New York. 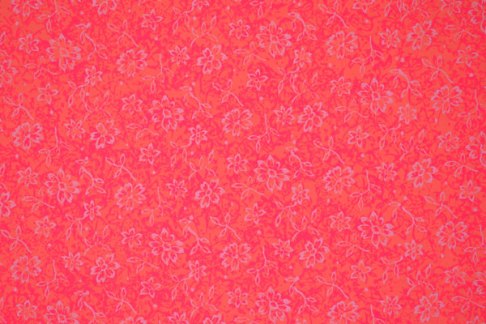 ‘… in a unique exhibition experience, the Exhibition Research Centre at Liverpool John Moores University (LJMU) has brought glow-in-the-dark art into the gallery.’ – Emma Sumner, The Skinny

The Exhibition Research Centre welcomes the third installation of a series of patterned glow-in-the-dark canvases by Hisachika Takahashi (born Tokyo, 1940), curated by the artist Yuki Okumura (born Aomori, 1978). Takahashi, Lucio Fontana’s assistant in the mid-1960s, first exhibited the paintings at the Wide White Space Gallery in Antwerp in 1967. Okumura re-discovered them in the gallery’s storage and in various Belgian private collections, and re-exhibited them for the first time at the contemporary art centre WIELS in Brussels in May 2013.

While in Liverpool, Takahashi collaborated with LJMU MA Fine Art students, whose work featured  in the exhibition. This is the first time Takahashi and Okumura exhibit in the UK.

ABC in Sound
Curated by William Cobbing and Rosie Cooper

‘… ABC in Sound will interest not only poets but sound designers, ethnomusicologists, visual artists, graphic designers, filmmakers and children of the UK counter-culture, among others.’ – Jonathan P Watts, Art Monthly

ABC in Sound represents the first opportunity to discover selected artworks, documents, books, films, prints and sound pieces from the personal collection of the pioneering British concrete and sound poet Bob Cobbing (1920-2002). Intensely collaborative, Cobbing worked with many outstanding figures of the international sound and poetry scenes of the 1960s and 1970s, including Dom Sylvester Houédard, Henri Chopin, and his wife Jennifer Pike. The exhibition includes pieces by these and other artists, as well as a new film by artist Holly Antrum about Jennifer Pike.

ABC in Sound marks the beginning of Bob Jubilé, a year-long series of events and displays devoted to the career and legacy of Bob Cobbing. Generously supported by The Elephant Trust and Arts Council England.

Desire in Representation is based on three years of extensive research by the young German artist Peggy Buth on the collections of the Royal Museum for Central Africa in Tervuren, outside of Brussels. From her research has emerged a complex body of work, at once documentation of the colonial museum and theatrical staging inspired by the writings of Henry Morton Stanley, the Welsh-born American journalist and explorer.

As Peggy Buth’s first solo show in the UK, Desire in Representation features major sculptural, photographic and video works from the project, as well as a new site-specific piece.

BLACKOUT pulls into focus the space between viewer and subject. It asks what happens in the encounter between the subjectivity of the viewer and the appearance of the subject in the (photographic) image. Each work introduces a certain agitation to the act of looking; together, they question the image in the broader sense of how it is constituted – in, through or between work and viewer. What is at stake in perceiving the other, and what is the role of the image through which he or she comes to exist for us?

In Camera – the first exhibition in twenty years by London-based curator, writer and filmmaker Christian Leigh – focuses on rarely-seen aspects of his exceptional career. From his daring exhibitions in the 1980s and 1990s to his more recent performances and films, Leigh’s work expresses a fascination for the enigmatic and the mythical. ‘In Camera’ features archival and film material, as well as text and sound pieces created specifically for the exhibition; it will also include an off-site film screening and a performance.

A number of the recurring characters that occupy Leigh’s oeuvre make appearances in In Camera, including such masters of concealment as Alfred Hitchcock, Jean-Luc Godard, Jack Goldstein, Andreas Baader, Nico and – not least – Leigh himself.

Never before exhibited in the UK, Jacques Charlier’s photographs chronicle the cutting-edge art scene in Belgium, Germany and Holland between 1974 and 1975. Conceived as art works, the photographs also serve as an invaluable record of a decisive moment in the development of conceptual art in Europe, capturing fleeting exchanges between artists, collectors, curators and writers including Marcel Broodthaers, Daniel Buren, Hanne Darboven, Catherine Millet and Fernand Spillemaeckers, among many others.